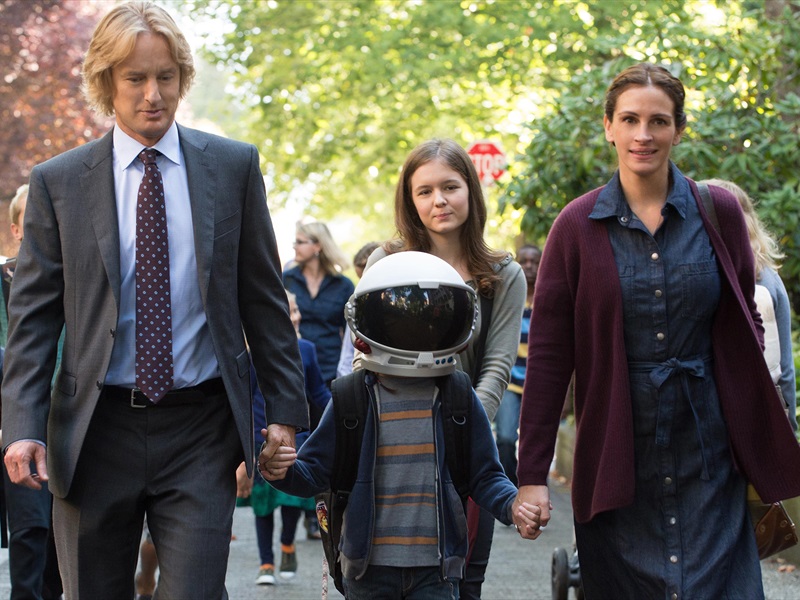 Wonder is originally based on the New York best-selling book “Wonder” by R. J. Palacio. It is rated PG and directed by Stephen Chbosky. It stars familiar faces including Jacob Tremblay, Julia Roberts, Owen Wilson, and Mandy Patinkin. There is absolutely no smoking in the movie. We have encountered audience members of all different ages from infant-adults. Overall, this incredible movie can attract anyone’s attention due to its strong message of spreading kindness and love instead of judging each other for who we are. The plot of the story is surrounded by a boy named “August Pullman”, also known as “Auggie”, who has a face deformity due to Treacher Collins Syndrome. Auggie has never been to a regular elementary school until grade 5. His mother takes the first step by making the decision of sending Auggie to school. Even though his father was reluctant about sending Auggie to school at first, he manages to accept her decision. It was a difficult transition for Auggie. Due to his unique look, he is constantly made fun of by some of his peers. Eventually, people start to speak to him and realize that Auggie Pullman is a human being just like rest of them. Even though he looks a bit different from everyone else, he has dreams of becoming an astronaut, a strong aptitude for science and he loves Star Wars like a lot of us. The movie ends with Auggie Pullman attending his graduation ceremony where he receives a special honour for being very brave and courageous when faced with difficulty in life. One of the most important lessons that anyone will take from the movie is that “When you have to choose between being right and kind, choose kind”.

Was there any smoking in the movie? No, not at all.

What are the benefits of not having tobacco present on the screen? The characters did not appear any less believable for not using tobacco. Movies like Wonder try to promote positivity and love for each other. Smoking is not beneficial for our health in any way.