Do Movies Cause Kids to Smoke?

Seems far-fetched… but expert studies conducted across the world all say the same thing: watching on-screen smoking in movies is a leading initiator of youth smoking.

It’s okay if you don’t believe it now, but try to reserve your final judgement until you hear what Dr. Robert Schwartz, a research scientist at the Ontario Tobacco Research Unit (OTRU) has to say about it. It’s important information that parents need to have, and to share. 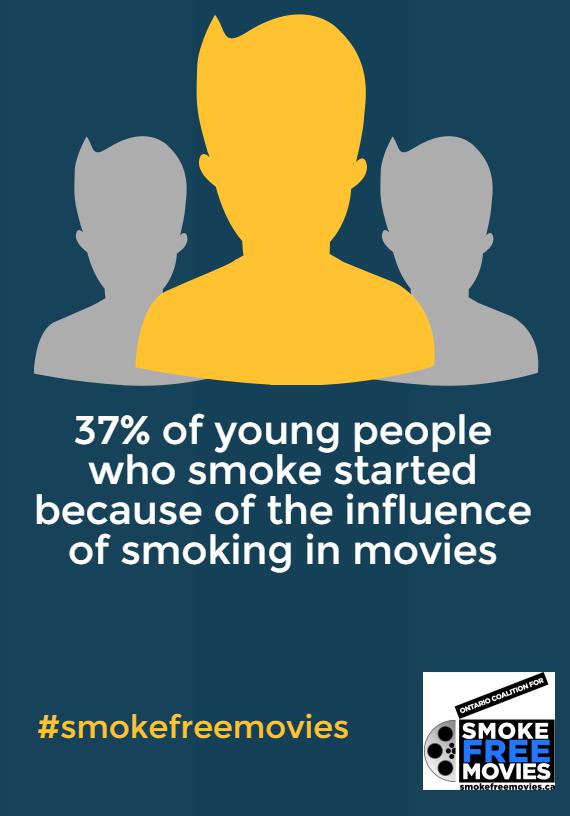 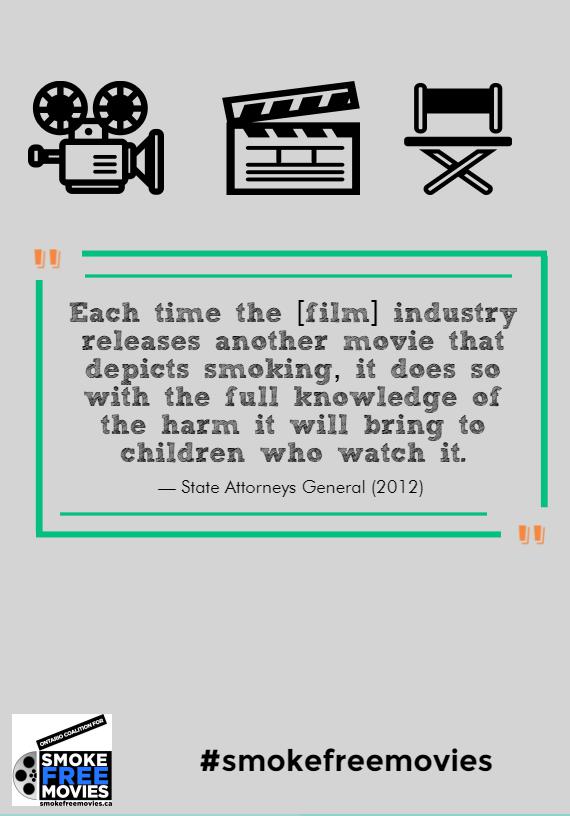 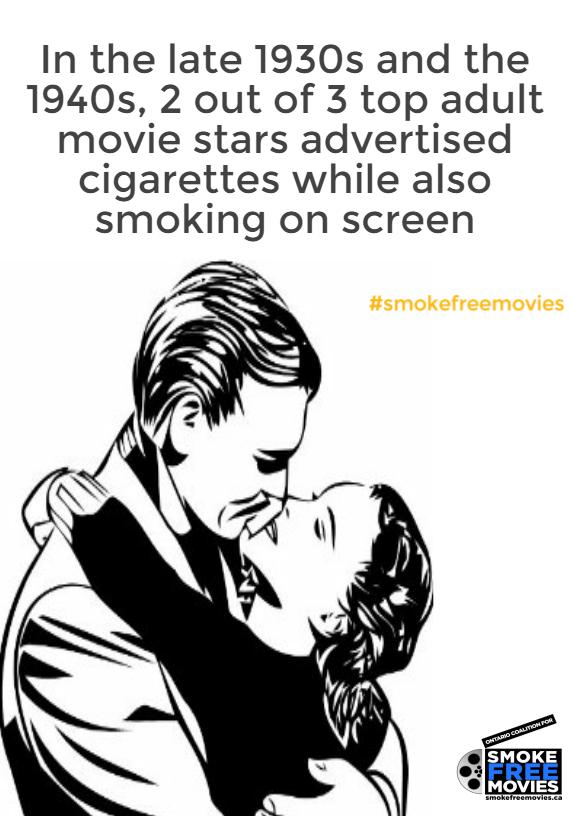 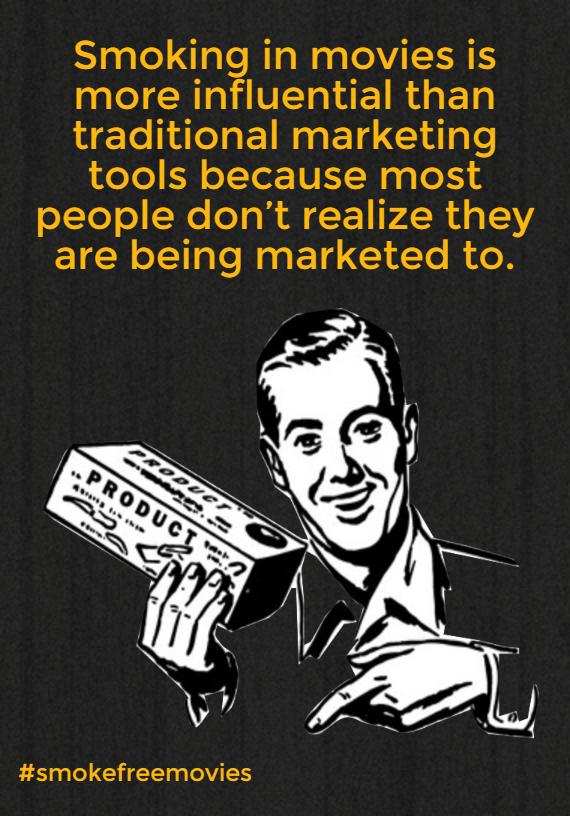 WHY IS SMOKING IN MOVIES AN ISSUE?

Tobacco is still the leading cause of preventable death and disease in Ontario. Everyone knows that smoking is harmful to their health, so why do thousands of young people still start smoking every year?

Research has shown that on-screen smoking in movies can influence children and teens and make them more likely to try smoking.

We know kids and teens look up to the stars and characters they see on screen, and want to copy what they do.

Unfortunately, tobacco companies have known this fact for decades. The tobacco industry has a long, documented history of paying Hollywood actors, actresses and movie producers to have their products and brands appear in movies.

The sad part is, it worked. Countless kids and teens were recruited over the years to become new tobacco customers after seeing stars light up and tobacco brands appear on screen.

Kids continue to be exposed to a lot of smoking in youth-rated (G, PG, 14A) movies today. In fact in the past 10 years, 86% of movies with smoking were rated for kids and teens in Ontario.

That is why we are advocating for change. In order to prevent a new generation of tobacco users, all future movies rated for children and teens in Ontario (G, PG, 14A) need to be free from tobacco products and smoking images.

Film ratings are used to:

How movies are rated in Ontario is changing. Currently, the BC Film Review Board ratings are being used to rate films in here. Despite “who” is doing the rating, the key point to remember is that movies are rated differently compared to the U.S. The chart below summarizes the differences: