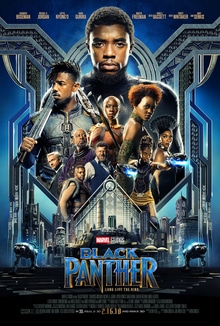 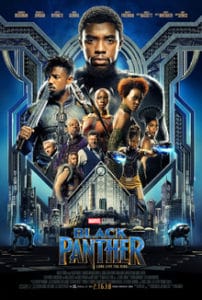 Black Panther is a story about a man named Tchalla and his country Wakanda. The country appears to be a third world country but they have a metal called Vibranium which allows them to live comfortably and create weapons far ahead of any first world country. After his father, the king died in a terrible accident, he returns to Wakanda to claim his rightful spot as King. Unfortunately, his enemy appears and wants to dethrone him and take over Wakanda. They want to steal the vibranium to sell it and put the entire world at risk. Together with the help of his friends and family, he has to disguise himself as the Black Panther and ensure the safety of his people.

I loved the battle scenes and the cool tech (even if they were imaginary!) One part I didn’t like was when background characters did or said something and they were never mentioned from then on.

Black Panther has a adventurous and meaningful plot-line. Having tobacco in the movie wouldn’t be portraying a good message especially for being the first revolutionary movie about a black hero. Most people who watch Black Panther are kids, so why would it be necessary to promote tobacco use or vaping to underage kids?